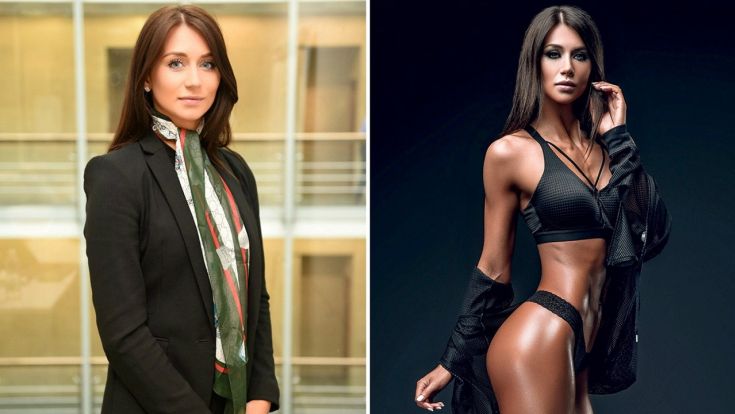 Amelia Tank, 26, a super-fit bodybuilder from London balances her busy life working at Lloyd Bank with an exhausting fitness routine that sees her lifting weight every morning.

The award winning bodybuilder having a string of trophies under her belt has finally revealed the secret of her super-fit and ripped physique.

The 5ft 7in tall banker trains twice a day, three times a week and consumes six meals a day.

She is now enjoying the fruitful result of her labour, winning two prestigious competitions last month.

I was training weights six days a week followed by 15 minutes of cardio before coming back after work for evening cardio of 35 minutes, three times a week. 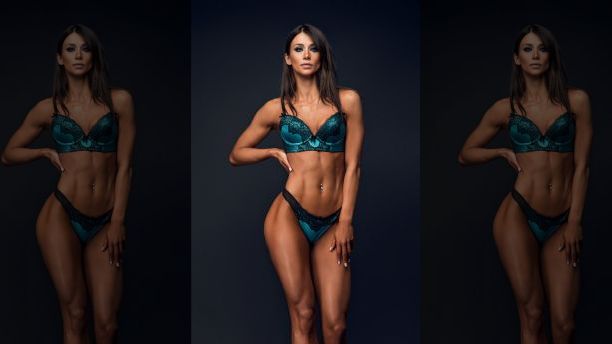 Amelia Tank, who is originally from Plymouth, has turned backed on her social life; she’s now partying with friends – and avoids family’s get-together in case she’s tempted to go off track from her strict diet plan.

“My social life is at an all-time low while training and most nights I get into bed at 8.30 p.m. to allow my muscles to grow — and have enough energy for my early starts before work. It has been really tough not going out with friends”.

Her colleagues were confused and wondered why Amelia would eat hard boiled eggs in board meetings – however they now admire her dedication to a routine.

Before winning the Bikini Babe Tall category at Pure Elite, weeks later Tank was crowned winner in both Bikini Tall and Miss Model category at the Miami Pro World Championships.

The super-fit bodybuilder Amelia Tank who works and lives in her flat in London consumes 1900 calories a day (in six meals) and weighs under 123 pounds. 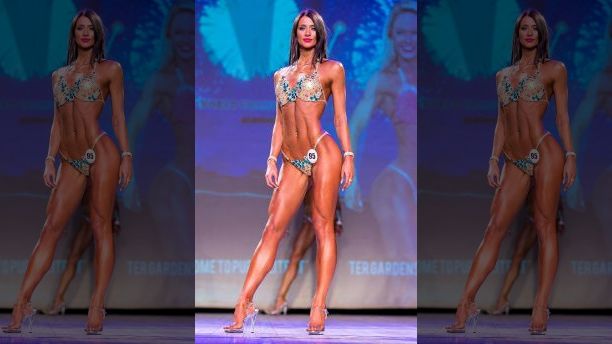 She also had participated in the London Marathon which was held in the year 2013. The banker wants to inspire others by spending more time in the gym for their own well-being.

When I have a busy day with back-to-back meetings, you go for a session and it’s completely relaxing. It also separates home life from work life”.

“I enjoy prepping meals and routines because it gives me focus and a plan, as it makes me feel like I have everything in order and puts my mind at peace.”

The stunning Amelia Tank is now planning to compete and make her Pro Debut at the Pure Elite World Championship which is going to be held in November 2018.

Amelia Tank – From Partying To Bodybuilding

In an interview with daily mail, Miss Tank said that she left a life of celebration and festivities and even her family to devote herself entirely in bodybuilding. Amelia lives and works out of her flat in London, training twice a day three times a week and taking 6 meals a day.

Her social life was like an all-time low when she was training and at most nights she used to get into the bed at 8:30 pm to let her muscles to develop and have enough strength and energy level.

Also, it was really hard for her not going outside with family and friends.

In 2013, Miss Tank ran into the London Marathon, nevertheless she says that building muscles required an entire new level of isolation and enthusiasm.

“There Would Be Curry, Plates Of Bread, A Salad Bar. It’s Party Food That I Would Have Had If I Didn’t Compete. I Was Training Weights Six Days A Week Followed By 15 Minutes Of Cardio Before Coming Back After Work For Evening Cardio Of 35 Minutes, Three Times A Week.”

Miss Tank’s next competition would be, of course, her pro debut at the Pure Elite World Championship in the coming November.