Standing Plank for 6 Pack Abs – How to do? Quick Guide! 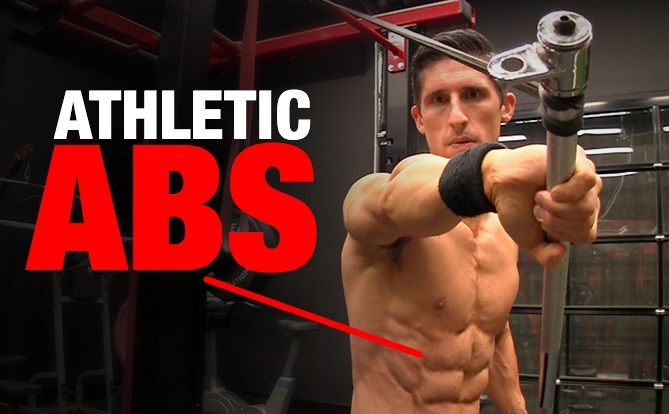 When you think of the plank, you will likely think of it as being something you perform in a horizontal position, supporting your body with your hands and feet on the floor.

Just simply holding this position requires you to maintain a rigid core, which trains the abs and the transverse abdominis in particular.

It’s great for endurance and excellent for giving you a flatter and more toned stomach.

The best thing about plank?

All you’re really doing is lying there! But how about we make plank even easier and even simpler.

What if all you had to do was stand there. Then you could watch TV without craning your neck and you wouldn’t have to get into position first…

Well, if you have the right equipment then actually you can perform a standing plank relatively easily. And there are some great variations you can do from there too.

What You Need to do?

What you’ll need is a resistance band, a barbell and a pull up bar.

Now, what you’re going to do is to tie either end of your band to either end of the barbell, looping it through your pull up bar as you do.

What you’re creating is essentially your own chest press machine – now, when you stand behind the barbell, you’ll be able to press it outward straight in front as though you were performing a bench press.

Now, just hold your arms straight and you’ll be performing something akin to a plank – but standing up!

Actually, it works in many ways. So, let’s get to know!

Standing Plank – How it Works?

So how does this work? Well, of course you have the pressure coming at your pecs directly forward, just as you would do when holding your body up with your arms extended.

This means you’ll then be engaging your core in order to keep yourself straight and to prevent yourself from snapping backward.

And because the press is more focused, you’ll actually be working a little harder to avoid yourself bending backwards.

Your pecs, your shoulders, your triceps, your transverse abdominis and your rectus abdominis will all have their endurance tested as you hold this isometric position.

Then you also have the fact that this isn’t a stable set up. That is to say, that the bar is going to want to rock to the left or right.

In order to keep it straight, you’ll then be engaging your obliques as well making it a great and complete core workout routine.

Oh and because the bar itself has some weight, you’ll also be doing a slight forward raise at the same time. And the challenge can be increased with a heavier bar or with more resistance from the bands.

So there you have it – a plank that you can perform while you’re standing up.

And actually, this is just one example of a standing isometric hold. There are plenty of others – so use your imagination and see what you can come up with!

Sometimes just holding a position is enough to really challenge the muscles and the will.