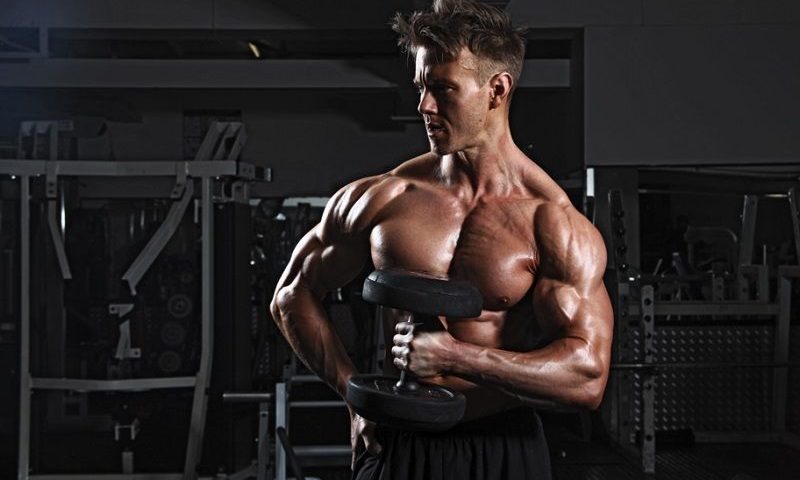 Rob Riches is a popular YouTube personality who provides tons of great advice and workouts on his channel. In one of his best videos, he demonstrates a straightforward workout for building big arms very simply and effectively.

There are some big surprises in the video too. Rob does things a little bit differently but it’s clear to see it’s working for him.

Let’s take a look at the workout and why it’s different.

The first thing that’s different about this workout is that it utilizes only three exercises, each repeated for five repetitions. This is a simple, quick and uncomplicated routine that anyone can pick up quickly.

This is actually a huge benefit for this program as it means you can easily remember it without carrying around a sheet of paper and constantly referring back to it and because it means you can focus on putting the work into the moves.

This workout is also fairly quick and shows just how easily you can get in and out of the gym. There’s really no need for over complicating matters or making your routine so long and complicated that you can’t bear to stick at it!

It’s also worth noting here that Rob doesn’t combine this workout with other workouts. He won’t do this routine and then move on to training his triceps or pecs for instance.

He literally goes to the gym and does just three exercises for 15 sets total. This way he avoids a situation where he would be putting in half the effort for other muscle groups because he might already be burned out and instead is able to give it his absolute all with high weight and high volume to really stimulate major growth.

Rob also mentions how he will happily let his form suffer at times. He is more interested in lifting heavy and producing volume than he is in using perfect form and this way he can get more out of his body and go beyond the point of failure.

Rob actually suggests not doing a full range of motion. While many other bodybuilders recommend moving all the way to full extension during reps, Rob says that his goal is keep his arms under tension the entire time during the exercises. 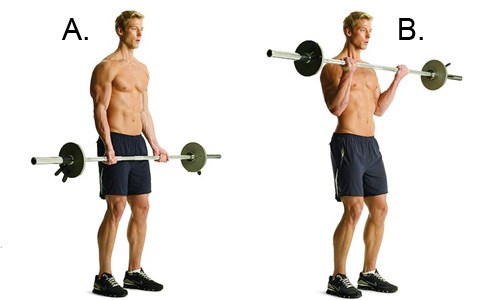 Rob next moves on to seated bicep curls. Here he sits on a bench with the back up and then lets his arms hang by his sides holding dumbbells. From there, he then curls directly upwards and because he’s on the bench there’s no way he can lean back or use his hips to help with the movement. 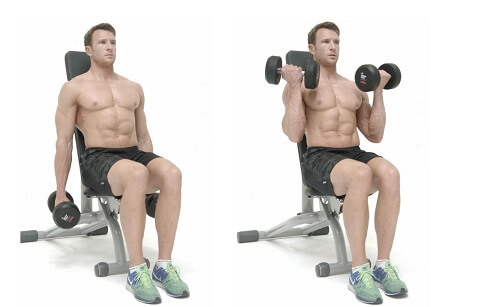 Finally, Rob finishes with preacher curls but has a slight variation on them to make things more interesting. Instead of simply curling normally, he rotates the dumbbell outwards just slightly at the top of each rep in order to target the outer side of the bicep each time. All three of these exercises note really isolate the biceps and are single joint exercises. 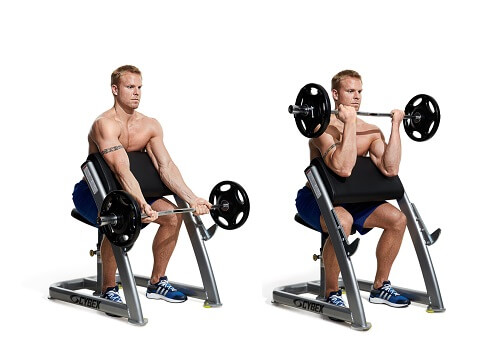