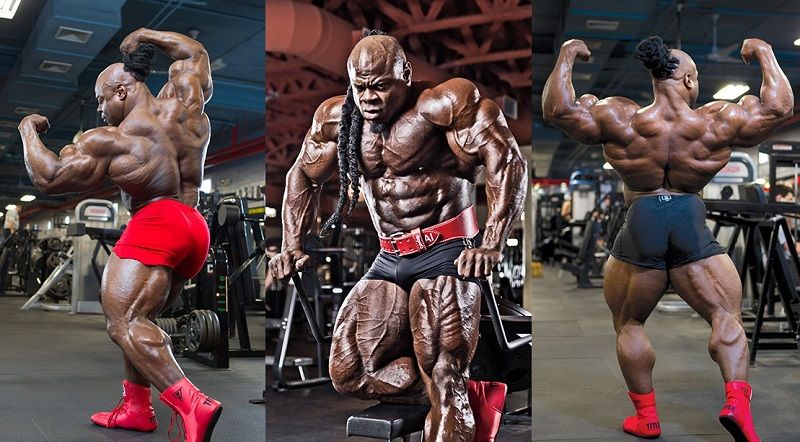 Born of July 12th, 1975, Leslie Kai Greene is a real gem in the world of bodybuilding.

He is a professional IFBB bodybuilder who recently won the 2016 Arnold Classic and got very near to beat up Phil Health in the 2014 Mr. Olympia.

Popularly known as ‘The Predator’, Greene is famous for his freakish size-especially his massive back muscles.

Kai Greene is amongst a few bodybuilders in the world who have successfully managed to build up a truly incredible body and a strong mind of a winner.

Among all the interesting facts about Kai, the most exciting is;

While never being Mr. Olympia, Kai has yet one of the best physiques amongst the bodybuilding celebrities.

Most of the people say that Greene has got excellent genetics, but despite this, it’s also true that he’s a really hard-working person with a great desire to discover new things in bodybuilding.

Now though Kai is not training to compete since 2016, he has still a lot with him to share with his fans regarding bodybuilding.

The former Olympia, Kai, just loves talking about the special training strategy which pushed him so far.

Kai in an interview said,

A Bodybuilder should work on all the muscles of the body, including even those that seem not to be important for an impressive appearance at the stage.

Kai Greene in order to prove his theory posted an exciting short video of his glutes and hamstrings training. The posed training video includes some rare exercises, which were, probably developed by Greene.

The posted video in the sportsman’s Instagram has become a big hit, collecting lots of likes and comments.

We make sure we’re using our minds and focus deep into the hamstrings and glutes feeling every fiber working properly. I generate great power at around 15-20 reps and working to failure in this rep range is effective for my body. When you get deeply connected with your muscles, you don’t need to lift the whole gym. I know most people think of working a higher rep range as light, but not for me. My legs like this range and it’s where I feel the best combination of power, strength and burn. I’ve always found that this rep range is very natural for me and I feel more connected than when using lower reps. .. 🔥NEW LEG E-BOOK🔸20+ Page Power Program to add on the size and definition in your Quads, Hamstrings, and Glutes!! .. 📲GO HERE —> Trainwithkai.com

This one is one of the best Kai Greene workout videos which his fans enjoyed a lot and referred to it a highly useful lesson, allowing them to shake up their training routine with some new activities.

So, this was the video from the bodybuilding star on his workout. Hopefully, you enjoyed it like the other fans and took some lessons with it.

However if not, then don’t worry. As here we have detailed Kai Greene Workout Program for you. This would for surely help you out taking perfect tips from Kai Greene.

But before that, have a look at the star’s physical stats

The most unorthodox aspect of Kai’s back training is evident before the workout even begins.

Before starting the workout, Greene warms up for 15 minutes with tri-sets of several exercises. The exercise usually include bent over dumbbell rear laterals, upright rows, and dips.

Kai says, “This is just to get the blood flowing and get my mind into it and kick things off”.

He further added, “I have never thought of one body part in isolation. I have been always focused on the complete picture of my physique and this is the reason I include dips with pullups.”

“I have always thought of several different ways of contracting my muscles and getting the most effective real double biceps and rear lat spread.”

Another cause behind Greene’s warmup tri-sets is to feel how his various muscles work together. This actually helps him determining the exercises he should go for and the way they should get performed.

He says, “Before entering the gym, usually I do have a rough idea of how the workout will go.”

According to his statement, He does not warm up just to go through the motion, but to focus on the task ahead.

He said, he takes a mental inventory, to work on his back from the top of traps all the way down his spine to just above the glutes.

The star said, “The feedback I get from my body determines what exercises I do and in what order I choose to do them.”

Later then, Kai started selecting more rows than pulldowns and chins. This is because he was not desiring any more width, but some more upper-back density.

Kai Greene is desperately strong. People have reported him to rep out 495-pound bench press.

However, when it comes to back, as per his own statement, he’s more concerned with the feeling of the muscles working than the amount of metal he moves.

Kai said, “I go by feel. Rather than have to lift a house or the entire gym, I figured it was better to get led by feel and attempt to make some sharp connections with the muscle targeted”.

Focus on your goal and not your way to achieving it.

Alike other facts in Kai Back workouts, the amount of reps he does each is also a big matter of feel. The star himself said, “I rarely go under 10, but may do more than 20.”

It just depends on how I feel,” Greene says. “I don’t go into a set knowing precisely how many reps I want to get because I don’t want to set limits on what I can achieve. I go by feel, and I let my muscles determine how many reps I get without my mind telling them what they can and can’t do. Your muscles are capable of so much more than your mind imagines.” 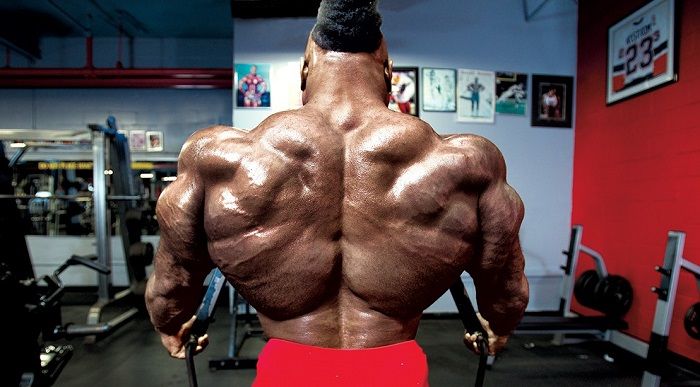 While doing Machine Rows, I think about the contractions, Greene said.

Star further added, he can control machine rows after and can focus better on the contractions than he can while doing barbell rows.

Though he does barbell rows, but emphasizes machine rows more, as desires to isolate inner lats, middle traps, and rear delts more.

It one of the most crucial of Greene’s workout components. Its really important when training back, as one typically can’t see the muscles working. Instead, you need to feel them working.

The mind-muscle connection is the No. 1 factor in training. The person develops it over time via posing muscle and also via paying close attention to how the muscles feel when working them.

Eventually, individually get to where the mind can read the feedback the muscles are providing, and the muscles can react to the stimulus, the mind is providing.

Practice posing between sets or anytime and you can feel your muscles working throughout your sets.

Doing this will make your mind and muscles ultimately speaking the same language and communicating back and forth.

Posing isn’t much important for the mind-muscle connection, it’s instead a form of exercise actually.

Kai on the Iso-tension said, “I often flex my muscles between sets. This iso-tension effect allows me to hit muscles fibers which the set  might miss, and it lets me target those muscle fibers in my next set.”

As per Kai, posing should be part of a bodybuilding program for hitting the areas like inner lats, rear delts, and rhomboids.

Often the best way to activate those muscles is to consciously flex them during a set, after a set, and after a workout.

It’s one of the most important aspects of Kai Greene workout. He very clearly visualizes how the sets will progress and how he wants his muscles to grow over time.

Kai in an interview said, “Visualization is not only crucial bodybuilding tool, and also a vital tool for life success. In order to achieve anything great, it’s important for you to be capable to see yourself achieving that thing. ”

Ok… this was about the Kai Greene Workout for Back. 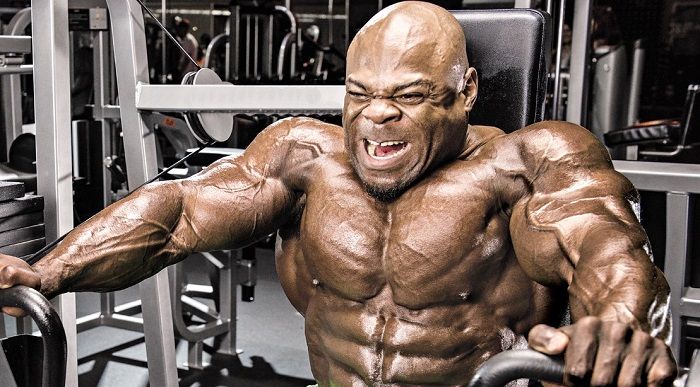 Below mentioned are the Kai Greene Ab Workout Tips…

As discussed above, Kai starts every workout with 15-20 minutes of abs training and stretching.

According to him, since the core is an integral part of all the exercises, so it’s important to awaken the abs at the beginning of the workout.

Unlike all his bodybuilder colleagues, Kai does not believe in training with heavy weights for the fewer reps. He instead emphasizes the higher volume with lighter weights, as according to him, this assures maximum muscle growth via improving the mind-muscle connection. 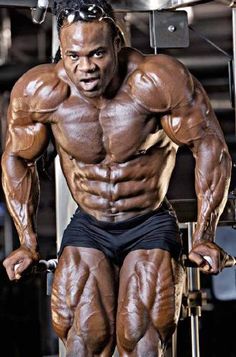 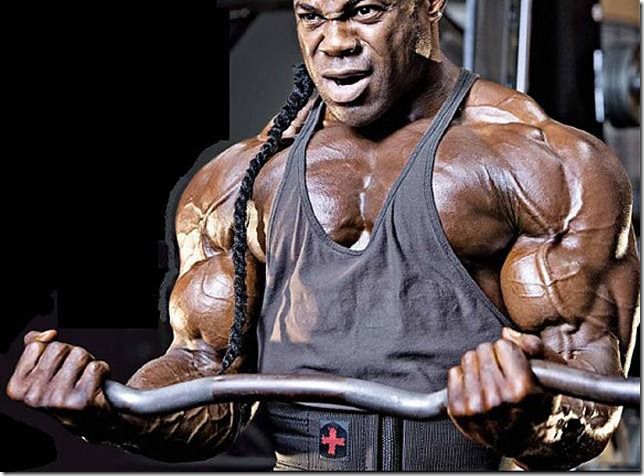 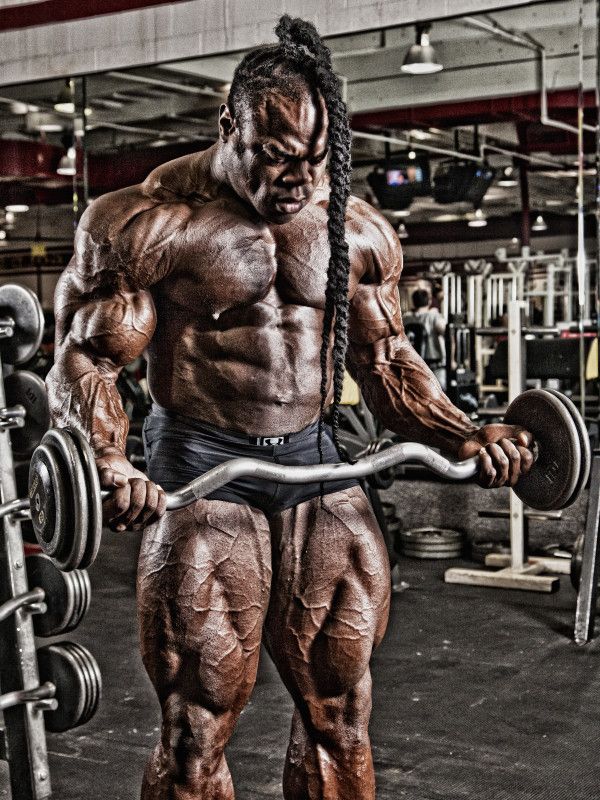 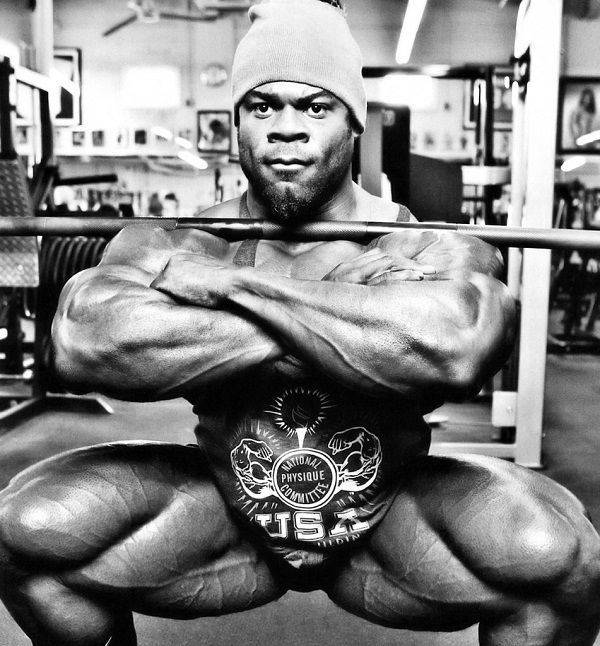 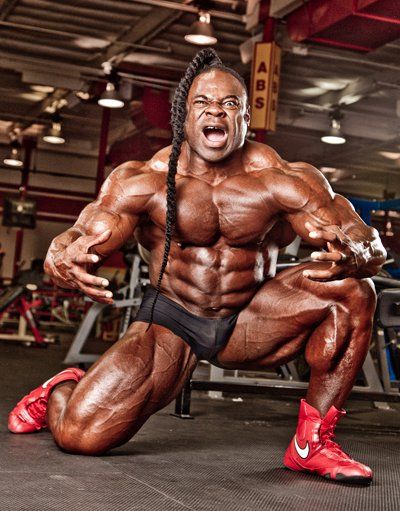 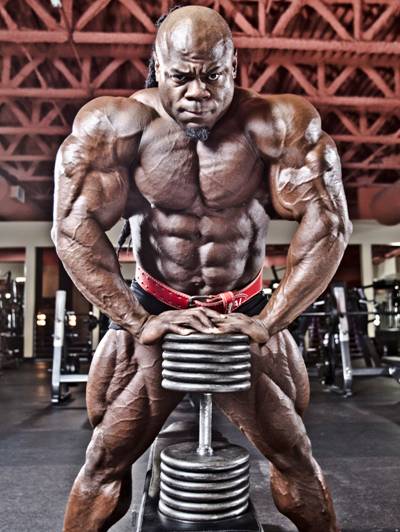 Here below you will Kai Greene Diet Plan…

Kai does follow a strict cutting diet, comprising 1.5gms of protein for each pound of his body mass and 0.5 gms of healthy fats per gram of body weight.

The bodybuilder takes his pre-workout protein shake at least thirty minutes before starting the workout.

He moreover prefers complex carbs, having a lower glycemic index over the starchy ones. 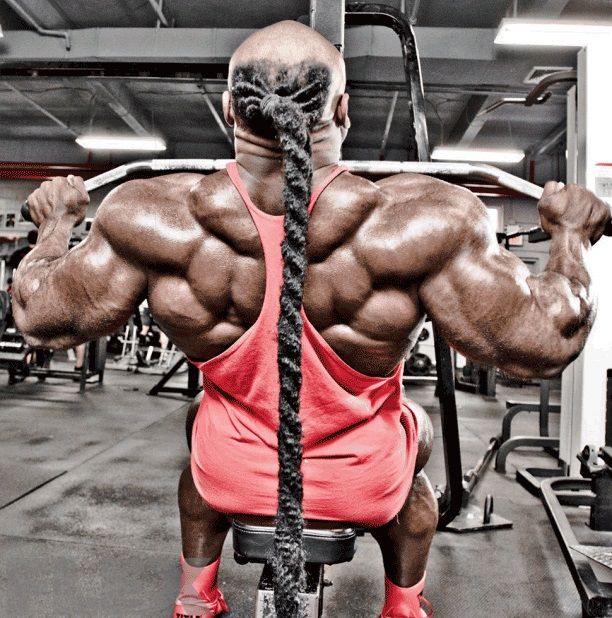 The aforementioned diet is the bulking diet which Kai Greene sticks to during the off-season. However, his pre-contest diet is much different, where he switches to more lean proteins.

6: Protein shakes, avocado or a cup of cashews 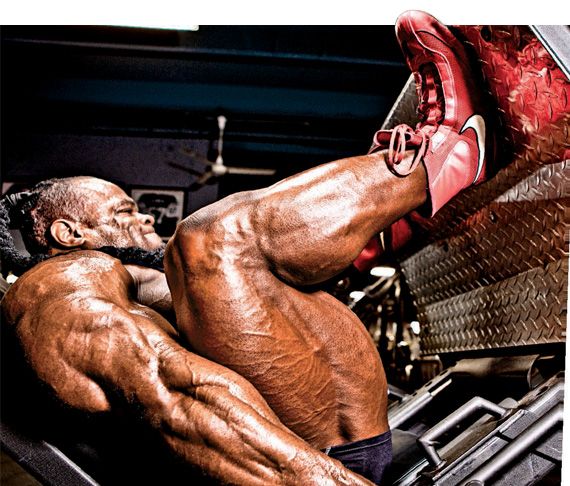 While heading into the season, Greene goes for shorter rest periods and sometimes even performs some fasted cardio routines. All this is done basically to drop the body fat level for bringing out the extreme definition in his muscles.

Kai Greene’s advice to young bodybuilders is to believe in the dream, as they are the only ones that can take one to the heights he/she want.

Hopefully, you enjoyed reading the blog and got some inspirational tips from it.