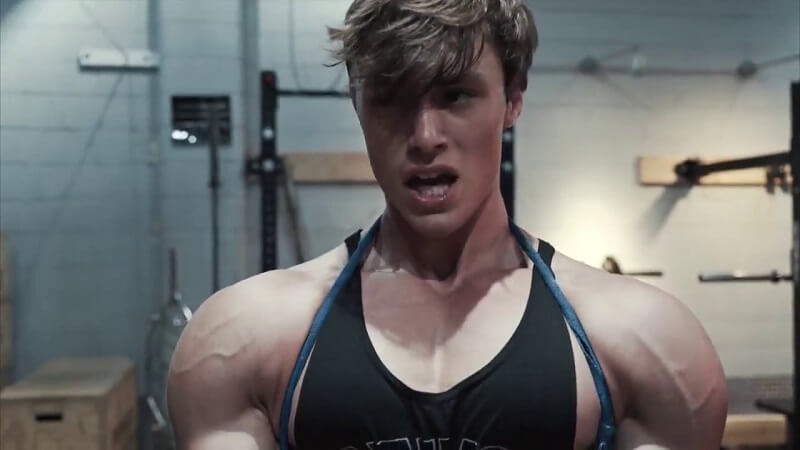 David Laid, a 20 year old famous bodybuilder among teenagers all over the internet. David laid became a celebrity, athlete and model after uploading his transformation video on YouTube which is getting viral.

As in starting of the videos his weight appeared was 98lbs but in the end of the video the ultimate transformation of body are shown i.e. 190lbs.

David Laid has also uploaded his recent photos (after gaining muscles) on Instagram. By seeing those pics, every young teenagers get amazed and stunned. 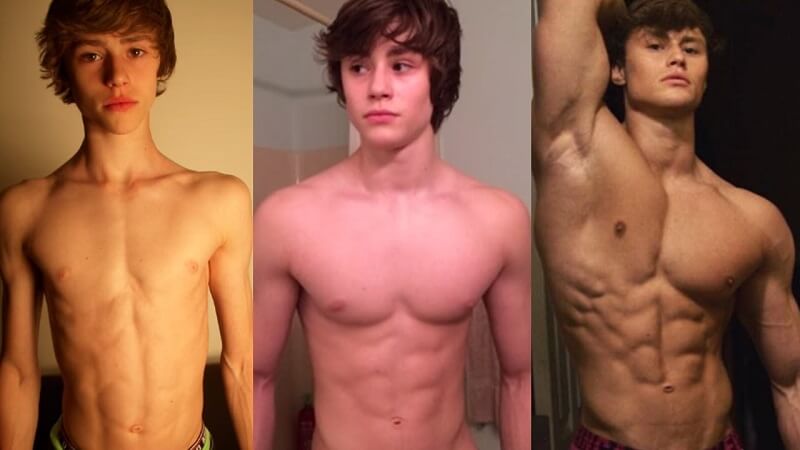 David was born in the state named Estonia (Baltic Country) which is located at the border of Russia and Latvia. When David was 2 year old his father died in the boat accident. And few years later, after the death of his father, his mother decided to move to U.S for her better life.

At the age of 14, he has much low weight instead of having tall height and due to which he suffer from low self- esteem and became insecure about his body.

Doctors advised David, that it is high time to start proper training in order to enhance the weight and to build up muscle mass. From there he entered in the fitness training and he started researching videos on YouTube related to weight training, fitness and diet.

Many questions must be striking in your mind regarding David’s fitness and physical transformations.

Is David’s body transformation is natural or it is due to steroids?

Or what are fitness training which are followed by David? Or Want to know about his nutrition and supplements?

If the aforementioned questions coming in your mind then here you will get the all the answers. So, basically in this blog we will discuss in details regarding the David’s training, nutrition and supplements.

Now, before moving to any further discussion, let you know about current stats of David Laid.

(Weight might be changed as it fluctuating in every Instagram pics of David i.e. between 190lbs to 210lbs.) 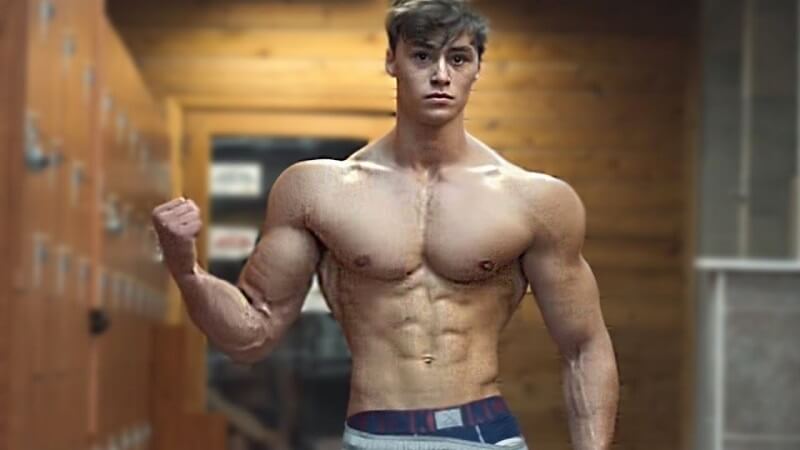 As many Young bodybuilders and new weightlifters, who want to build their muscles usually perform easy workouts. All those young lifters enhance their biceps, chest and muscles in order to get their dream body faster by proper training process.

David are different from them as he believe in lifting mostly heavy compounds during his starting training period. David most likely to perform the workouts such as deadlifts, squats and bench press.

He visit to the gym 6 days in a week, where he spend 2 hours and more on performing several workouts.

Now, time to move to next section that is nutrition that David used to take while performing heavy workouts. 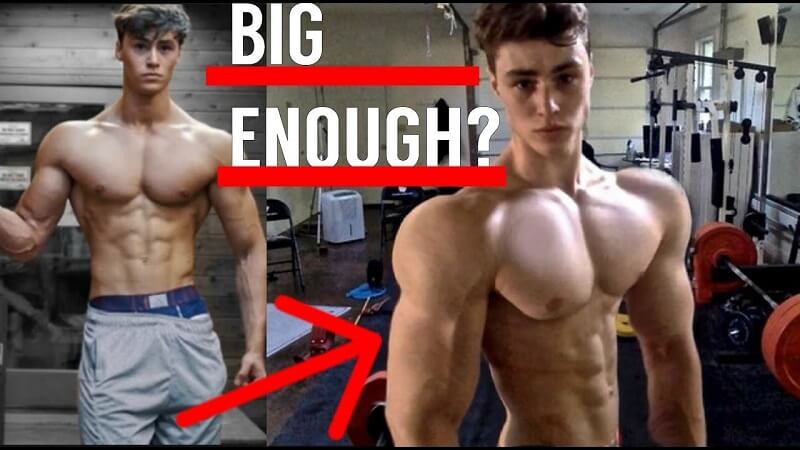 David has mentioned the reason for his lean and thin appearance in his earlier life was only because of David’s poor appetite. But, there is a good news for all those who have very poor appetite.

As many researchers’ claims that, it is advantageous for being a “hard gainer” because you can eat as much you want till your body acquire calories goals for the day.

David has also utilize the advantages and follows a diet IIFYM (If It Fits Your Macros). This clearly indicates that you can eat as much you wanted as long it complete the calories and cabs goals for a particular day.

To make it more clear, let me explain you with an example:

So in order to gain your everyday calories goal, you can eat mac meal or a burrito (of same calories) instead of taking 800 calories meal (i.e. chicken and rice).

Now, we will give you a brief idea regarding the Supplements that David mostly intake while performing heavy workouts.

David mostly prefer the set forth supplements while enhancing the muscles and building up body.

Now it is high time to explain you whether David’s inspirational transformation is natural or not.

He is not massive

If you are thinking is it possible to look like David naturally?

Then the answer is yes, as it is damn possible to get an appearance like David. As it is result of decent genetics but if you have an average genetics, then also you can build up muscles the only thing required is full dedication and a lot of consistency.

Therefore, it is concluded that it is possible to look likes David naturally, it does not inferred that he might gained his muscles naturally.

David had shared his views about steroids on YouTube.

Here you will come to know what David laid talks about the steroids.

As he has previously mentioned about his body in the YouTube video i.e. “3 year natural transformation”.

In an interview, reporter asked David, Whether you ever think to use steroids?

David replies that “it ended up not being worth it at any point really” for him. While answering the question David added the word “really “and emphasize more on that word. It clearly indicate that he is trying to manipulating the answer and trying to frame the truth while answering.

As from this line, we cannot conclude that whether David has used steroids or not. Therefore there are some more evidence that will might prove the real facts behind David’s inspirational body transformation.

Despite of refusing many times about the real facts behind amazing David’s body transformations. Recently in his Instagram pic, he found wearing a “half Natty” hoodie which he had shared on Instagram.

For those people whose does not know what it means, let me make it clear to you that it inferred two things.

Either, they used to intake steroids before and now they completely transformed to natural.

Or, they are taking less amount of steroids.

It directly referred that, those person are not 100% natural. Therefore, as David is wearing the clothes of natty it surely indicate that he has taken steroids.

Sometimes it is quite easy to analyzed whether person is taking steroids or not from the steroids symptoms. If someone does not have classic steroids symptoms it does not mean they are natural. As earlier we have discussed many case studies of the natural looking physiques, but in real that was the results of steroids.

It can be might clear from the David’s pic in which he is sitting outside the gym where he looks much fuller than before. This picture clearly indicate the symptoms that occurs mostly during the middle of steroids cycle. As you know that steroids increase the fluid retention in the body that results to fuller look.

The most effective and best way to detect a steroid user via gains timeline. As here we get several photos of a person where they shared their new look as compared to before.

When a person starts lifting the heavy weight, during initial period he gain roughly 20lbs.

But, David has shared the picture of his body transformation before (at 14 years) and after (at 19 years), in which David has gained 70lbs. Again it clearly indicate 50lbs of muscles is gained with the help of steroids as naturally it is not possible. 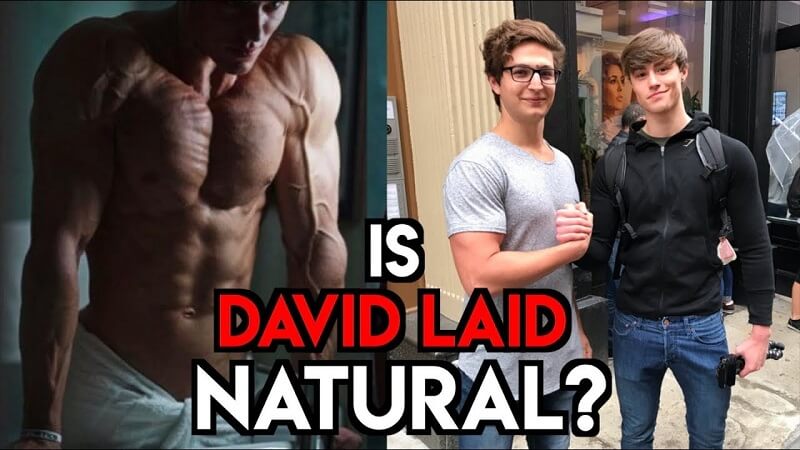 Based on the evidence, hopefully it is now clear that David Laid has taken steroids in his muscle building process.

David Laid Steroids 2018 – Steroids David is likely to be taking

I believe David might be taking set forth steroids and highly recommend you the same legal steroids.

David has gained huge muscle mass, in that process he need best bodybuilding steroids such as dianabol, testosterone and of course deca durabolin. As because in many pictures David appearance is much bigger and fuller.

All the above mentioned steroids enhances your muscles and take it to another dimension that is not possible from any other steroids. That is why David has also preferred to use this supplements in his muscles gaining process.