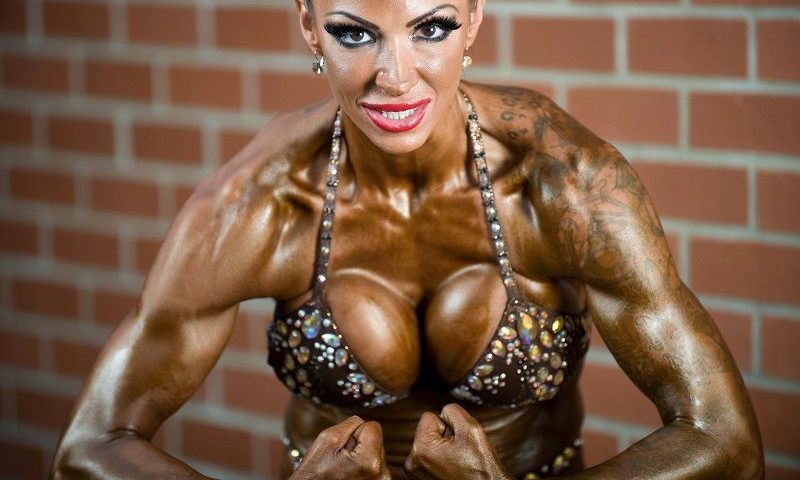 Jodie Marsh on her Bodybuilding Transformation

Jodie Marsh, is an English media personality, columnist, bodybuilder and a model. She has also worked in many famous TV shows such as snog marry avoid, the weakest Link, the kelvin bishop show and Celebrity Big Brother.

The 39 years old bodybuilder babe has recently posted the snap of her sexy glamour model shoots on her Instagram.

In 2010, Jodie appeared in LA Muscle TV (an hour long show) in which she has challenged to gain six- pack within 4 weeks. She later posted a photo-shoot pics for muscles and fitness magazine, in which she has showed off the results of her intense training.

Jodie has shared the few lines related to her fitness to the Daily mail where she has mentioned about her amazing body transformation in just eight weeks.

She has also stated regarding her unexpected body transformation in 50 days. She has reduced body fat from 25% to 10%, gained 8 pounds of muscles and lost 20 pounds of body fat.

And it’s completely true that what she has achieved in 8 weeks, usually takes 6 to 9 months.

Here’s we have shared the video of Jodie marsh in which she has uncovered the reality of using steroid for huge muscles gain.

She has also explained the physical, mental and emotional effects of steroid use.

Jodie Marsh, a natural bodybuilder hits back at different steroids claims of through her muscle flexing picture. Through which she has make it clear to all uneducated people who claims that her chiseled physique is the result of taking supplements.

The reality TV star has shared an eye popping snap for her four Million followers.

Here in the snap posted on the Instagram, Jodie is flexing her tremendous muscles with the bodybuilder Andrew Coulson. In the post Jodie has mentioned that she was bulking up before her comp in America and she is a natural bodybuilder and she always been like that only. 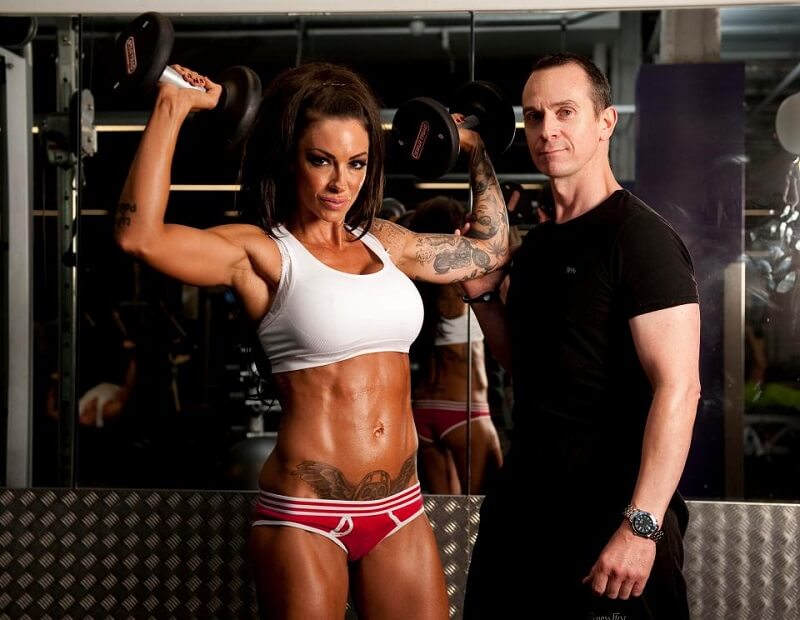 Jodie began her bodybuilding career in 2009 and through her intense fitness regime she dropped her dress size from 12 to 6. In her first competition, she has loosed 20lbs of fat.

Jodie Marsh, the model has inspired many body builders and turned them stunned through her jaw dropping comparison photo. In which she is showing her physique from ripped to racy in a photo taken just a day apart.

Now here we have shared two photos of Jodie (the bodybuilding star) which she has clicked in the same week. In the first shot, she appeared in bejeweled bikini with a heavy makeup (thick brown tan) where she is displaying her prominent arms and legs muscles along with impressive six pack. 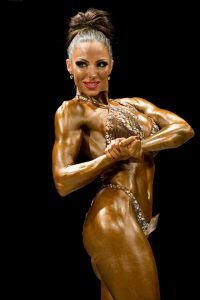 Jodie competing in Sheffield in 2009

Whereas in the second image, the brunette star is posing in a swimming suit, comprises of a few strips of fabric around her body. 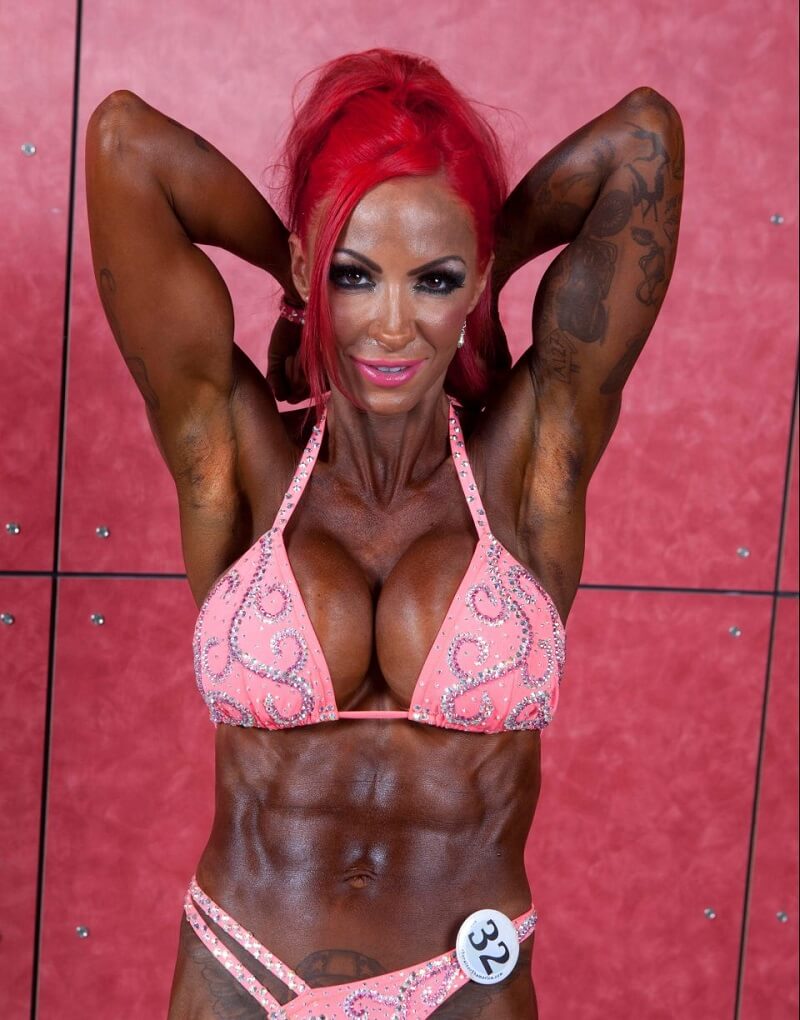 After posting the two shots, she has written that both shots are taken a couple days apart. And through the two photos, she want to shed some light on her phenomenal bodybuilding physique. And she also want to encourage and inspire women to make them fearless in lifting heavy weights.

She has shared her views related to lifting weights that “if weights are done in right way then it ultimately leads to lose fat, gain muscles mass and to toned your body”.

However many of her fans praised Jodie about her inspirational body transformation by saying that she look amazed and stunned in both the pics she has shared. And they told that what she has done in throughout her career is the most impressive and inspirational than her pictures.

In one of the interview, Jodie has spoked out the reality behind using super dark fake tan during the bodybuilding championship in Sheffield. She spoked that “I know in the normal light I look hilarious but as the stage lights are bright they will bleach my muscles definition”. She has mentioned that, “we need to tan the body to bleach the muscle definition on the stage.

The 39 years old bodybuilder as well as glamour model has posted the pics of her toned and enlarged biceps in hot pink bikini on her Instagram. And lots of fans has praised herself for her full dedication and efforts in getting such an impressive physique.

Jodie really looked amazed in eye watering cleavage snaps on the pic she posted on Instagram. 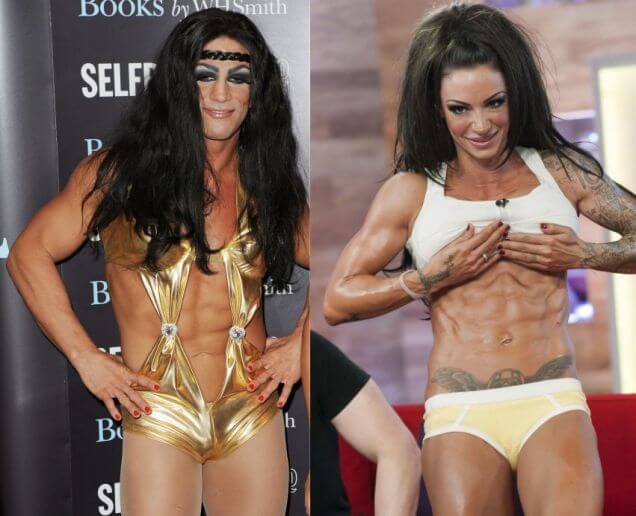 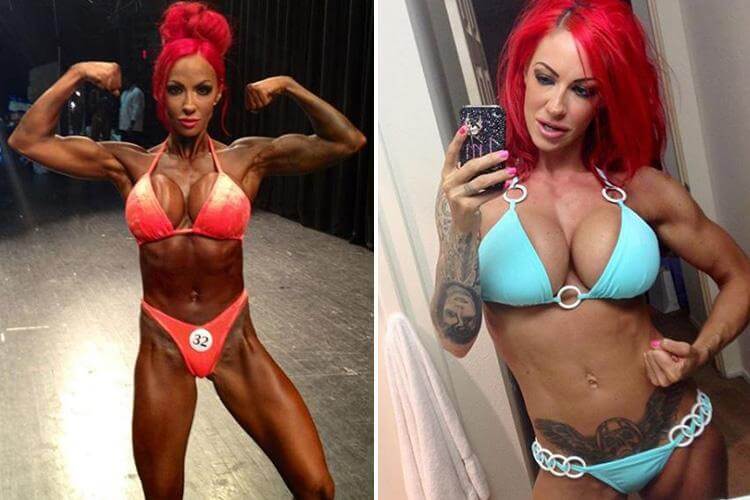 We know you all are huge fans of Jodie’s body confidence.

However, it’s been years since we have seen the glamour model rocking in her former bodybuilding physique. But, the former big brother celebrity didn’t stop herself from sharing an offensive throwback snap in which she is competing in a competition.

Jodie has proudly flashed her incredible toned body as she stood in matching coral bra and in tiny high waist snickers.

So, this was all about the Jodie Marsh amazing body transformation in just 8 weeks. However in this blog, we have revealed all the secrets behind Jodie marsh amazing physique. And we hope you all liked it and must get inspired after reading such an inspirational Jodie marsh’s bodybuilding journey.