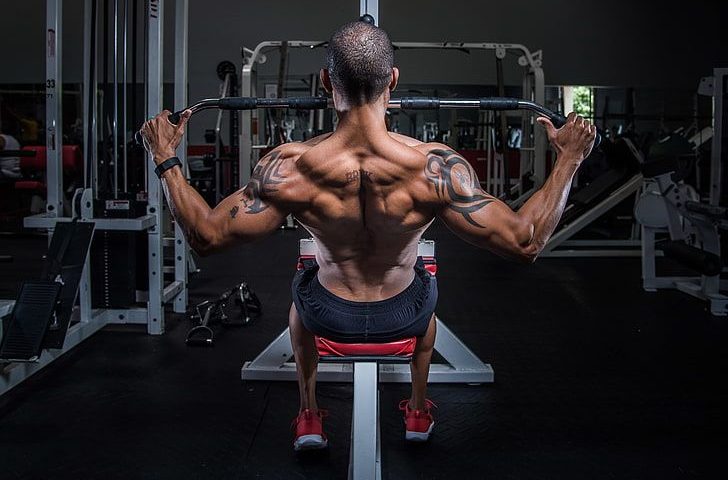 Are you crazy about the hardcore WWE Wrestlers workout they do?

The champion wrestlers of the WWE  follow these impressive workouts…

From Triple H to John Cena, you would have always wanted the massive physique like they have.

The super jacked muscle and power-thrusting strength is the goal of every bodybuilder popping up in their head.

The pumped by the physique is all result of the rigorous training and very organized diet plans of the WWE supper being.

In this blog, we are going to discover the resilient routine they have made their lifestyle.

Obviously, the pro-WWE Wrestles workouts and diet can help you gain bulk up. Here, let’s start the ride to the Impressive workout routine of these folk. 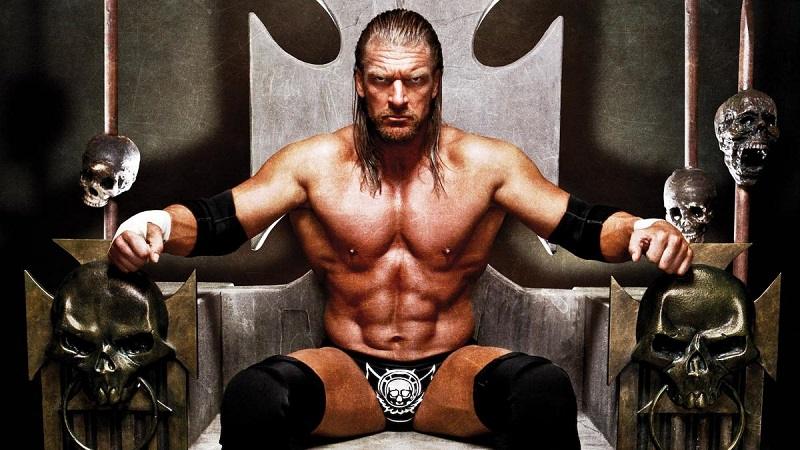 In fact, he is the charge of operations occurring in the WWE since 2013, also ‘the Senior Producer’ and ‘founder’ of Nxt.

Triple H bodybuilding career has been a lot exciting, which took him to the peak of the WWE/ WWF. Actually, he has mentioned bodybuilding has made things easier and possible for him.

Having a massive and super ripped muscle, he looks no less than hulk.

Here we would look at everything making him what he is… from his WWE Wrestles workouts and diet and even physical stats.

Like the other wrestlers in the WWE valley, Triple H is concerned about what he takes in.

Of course, he keeps to balanced diet followed with six small meals daily to keep the metabolic activity on track.

Of course, he likes Popeye’s idea to keep with greens, his diet mostly includes vegetables, fruits, meat, starch and plenty of water.

Well, your WWE Legend reverts junk food. Protein shakes are the must-have nutritious health drink he never keeps up from.

Triple H is a workout fanatic, he is addicted to a rigorous training routine. Here, we have a look at what he does in a week!

Well, Triple-H workout truly depicts the hardcore and passionate love he had for his physique.

Absolutely, no one can stick to such a pragmatic but sturdy routine.

Indeed, you have got such a grand urge to be like him, you need to make such will too. 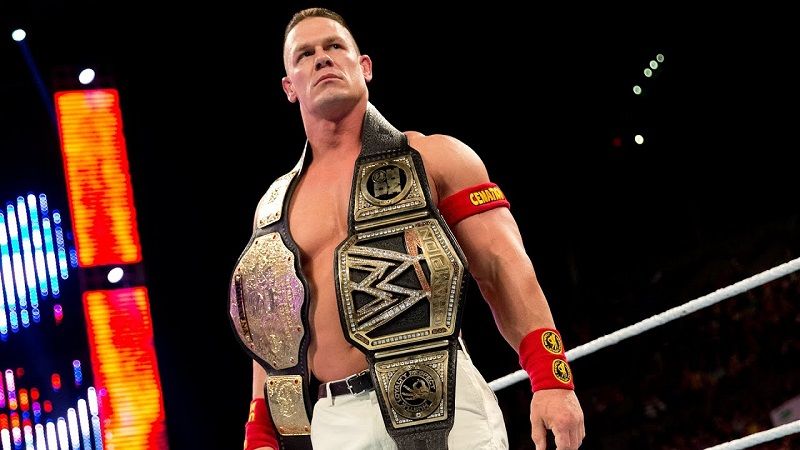 John Cena looks strong, isn’t it? However, he’s stronger than you can think.

This allows you to bulk by aesthetic muscles while getting your athleticism like Pro.

Well, his friend and trainer Rob MacIntyre, got with his way to improvise with more précised workout routine.

He keeps on breaking in his own WWE Wrestler gym workout records to reap up super defined muscle with bigger weight.

Let’s have a look at the sturdy efforts he has with his addiction. Firstly, we would look at the promising stats he holds.

Of course, only John understands the importance of eating the right stuff to boost his physique.

Surprisingly, he follows a six meal a day plan to keep his metabolism to peak and muscle gain max.

Well, the WWE Wrestlers workout routines focus on the different body parts for perfectly toned and strengthen the physique.

Actually, he starts his week with working on legs, to the chest and gradually to Arms, shoulder, and back.

Now, you know why John Cena is John Cena!! Obviously, the bodybuilder follows a very freaking workout session. Yeah! Only freaking can get you such legend like physique.

Well, the blog doesn’t end here, we have out next WWE Wrestlers workout plans… 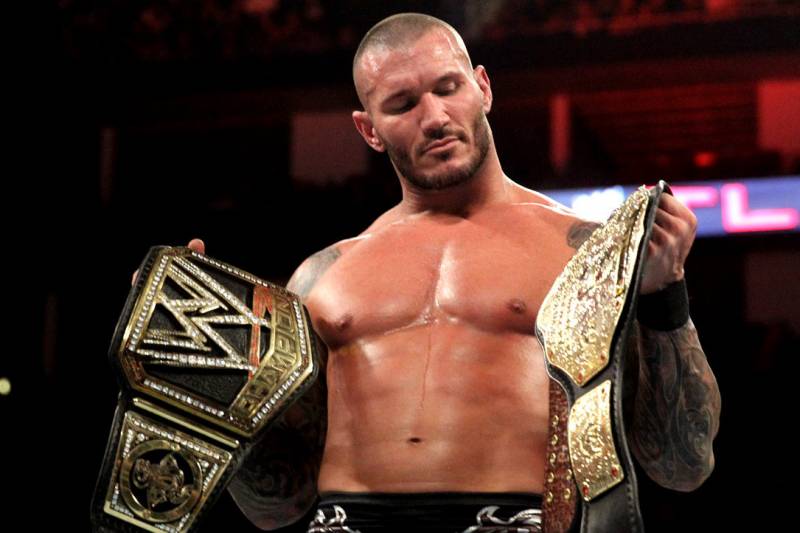 Randy Keith Ortan aka The Viper (born 1 April, 19800), is one of the most loved American professional WWE Wrestler and Actor.

Indeed, his World Heavyweight Champion title which made him the youngest to do that at the age of 33. Moreover, with this win he created history.

In fact, his ring name ‘The Viper’ demonstrates how quick he is with his wrestling skills.

Well, this is possible only because of his incredible fitness, athletic and sculpted body.

Eventually, his robust fitness and stamina make him perform like a stud!!

Obviously, the secret behind the stunning physique of Randy Orton comes from his intense WWE Wrestlers Diet and Workout.

Let’s have a look at both here, beginning with his current stats which is jaw-dropping!

As a legend does, for Randy workout is not enough!

In fact, he believes diet plays a fierce role in keeping him aligned to his leaner and muscular physique and match is prospectus in fitness.

Eventually, this keeps him up with high protein and low-carb diet.

Further, he is up with very clever diet and categorizes diverse food groups to boost metabolism

The WWE legend has his own workout principle, mixing up several exercises to fulfill his workout goals.

Also, he keeps on altering his exercise patter so that his massive muscle mass doesn’t get squashed.

Here have a look WWE Workout Routine to know!

Orton has got the power with his super stern workout routine.

Well, that has, of course, made him bodybuilding champ.

Furthermore, let’s have a look at the WWE Diva Workout for female inspiration! 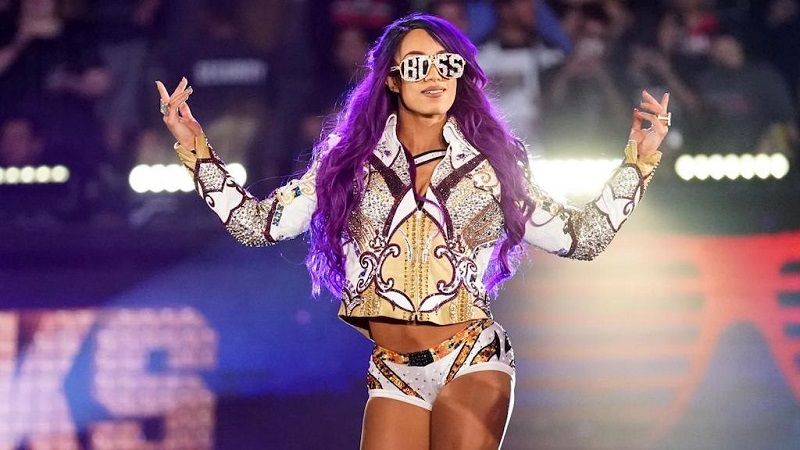 WWE Superstar Sasha Banks takes her fitness level to the next level through the high intense powerful full-body workout.

In fact, she breakout the usual routine and power up the results in beast mode with her précised workout plan.

In simple words, with her super stunning workout plan, she works as an inner badass.

Well, the legendary WWE female wrestler never misses the change of showcase her impressive strength and athleticism in the ring.

Being a badass WWE wrestler is never a matter of chance. So, Sasha loves workouts challenging her in new ways.

Here, we’ll have a look at the high intensity getting her massive muscle pumps… Firstly, let’s grasp a look at her stats.

Likewise other WWE Wrestlers, Sasha Banks understands the importance of keeping with a healthy and protein-rich diet.

Well, she ensures there’s no up and downs in her meals so keep it in a cooler bag.

Yes, she defrosts it later and reheats when in hotel and arenas.

As mentioned above, Sasha has a craze for challenging workouts. Keeping with a specific one for the long term is never her cup of tea.

However, there is a couple of fitness chorus she is habituated with. Here, we’ve pointed out some of her fav workouts she can never skip.

Have a look at the WWE female Wrestlers workout

With such a groundbreaking fitness regime, they have sneak to par fitness.

Of course, you can be fit and mind-wobbling like your fav WWE legend, all you need to do is kick start with fitness journey with a hardcore fitness routine.

Yes! Keep in mind eating healthy and lean is a must! So, when are you hitting your workout goal? Chime right up in our comment section. Swipe down!!!

The Best Home Exercise for Getting Big Biceps without Equipment

12 Upper Body Exercises With or Without Weights for Men & Women